Dr. Sergio Maggi is a board certified plastic surgeon in Austin, Texas. His steady commitment to accurate cosmetic surgery has earned him acknowledgement as Austin’s “Breast Doctor”.

Raised in southern California, and educated at UCLA, Dr. Sergio Maggi attended one of the oldest and most renowned medical schools and centers of medical research in the country – The University of Texas Medical Branch at Galveston.

After graduation from medical school in 1991 he received his surgical training at four major medical centers and universities in a combination of four different states.

He chose to train, and was accepted to more than one of the most prestigious institutions in the United States. His training in plastic surgery was completed after his fellowship at what many regard as the cradle of American plastic surgery – Washington University/ Barnes-Jewish Hospital in St. Louis, Missouri. Dr. Maggi is proud to be included on the Honor Roll of The William Greenleaf Eliot Society at Washington University.

Dr. Maggi has been in private practice since 2001. Board Certified by the American Board of Plastic Surgery, Dr. Maggi is one of the most recognized plastic surgeons in Austin. 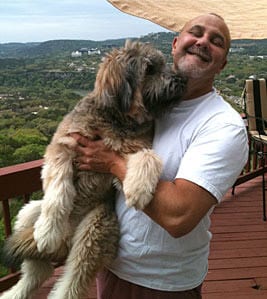 Dr. Maggi is committed to continual learning and improvement, and his work as a medical professional has continued outside of the surgery center. He has written more than a dozen research papers that have been submitted, or published, in American peer-reviewed surgical and basic science journals. He has received specialized training in surgical research as a post-graduate NIH Research Fellow.

He is the founder and director of his own state-of-the-art Surgical Center, accredited by the American Association for Accreditation of Ambulatory Surgery Facilities (AAAASF), where he performs the majority of his cosmetic surgery procedures. The Center is a cost-effective solution for patients that also provides for their total privacy and comfort.

He proudly gives back to fight Breast Cancer and contributed to American Society of Plastic Surgery education foundation in 2007, Maliniac Circle.

I had a baby 8 months ago and really wanted my body to look like it did pre-baby. I was hesitant to do anything and didn’t really trust anyone. It took me months before I decided I would even consider doing this. A friend recommended Dr. Maggi a while back. I finally took the first step to call and set up a consultation. They were so patient in explaining all the details of the mommy makeover and really listened to what I wanted. They made me feel comfortable and I felt like I was in good hands. I can’t tell you how happy I am and got my confidence back. Thank you to Dr. Maggi and the team at Austin Plastic Surgery Center for helping me regain my confidence.

I recommend them to every woman I know looking to get breast implants. Dr. Maggi did an amazing job on mine, and no one has ever noticed they’re not real. Super soft and chose “tear drop” and silicone. I Will def be going back! The staff is super friendly and makes you feel comfortable.

Complete the form below and we can discuss your options or answer any questions you have about our procedures.